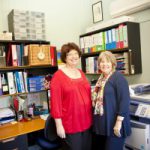 Rev’d Nicki has led St Mark’s ministry team as our Priest-in-Charge since Easter 2019 and came to us after 25 years in education. Nicki trained for the priesthood at St Francis’ College, Brisbane, and ordained Deacon and Priest in 2000. She has master’s degrees in both Theology and Educational Leadership, and spent over 20 years as School Chaplain at both St Paul’s School, Bald Hills (1997–2006) and St Margaret’s Anglican Girls School, Ascot (2007–2019).Nicki has a long history in the Brisbane Diocese, serving on the Youth Synod Standing Committee, as a Synod Youth Rep and as a member of numerous camp planning teams. Nicki is an Honorary Canon of St John’s Cathedral Brisbane, an Archbishop’s Examining Chaplain, and member of the Professional Standards Board.

In addition to time spent in the Diocese of Europe, at the Parish of St Martha and Mary’s, Leuven in Belgium, Rev’d Nicki has served part-time in the Brisbane parishes of Enoggera, Freshwater, Aspley-Albany Creek, and Chermside.

Nicki has been married to Richard for over 20 years, and they have two teenage daughters, Sophia and Naomi. 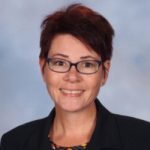 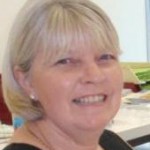 Dianne is married with two adult children, and has two grandchildren. She and her husband have been attending St Mark’s since 1991. Dianne was a Churchwarden at St Mark’s from 2004 to 2009, then 2011. Before joining us as our Parish Administrator, Dianne was Office Manager for a Quality Assurance Program for the Royal College of Pathologists.

Petrea is married with two adult childen. Her background is in nursing and has been working in the church office for several years now. Petrea has been a parishioner all of her life. 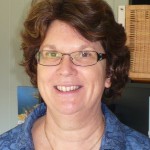 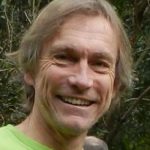 Robert came to Australia from Zimbabwe in 2000 and began attending at St Marks a couple of years later. He is a team player who is keen to make a practical difference, and help make our church both accessible and caring. He is an architect and active member of Wildlife Queensland. He enjoys finding new places to walk his dog and dabbles in a bit of watercolour painting.